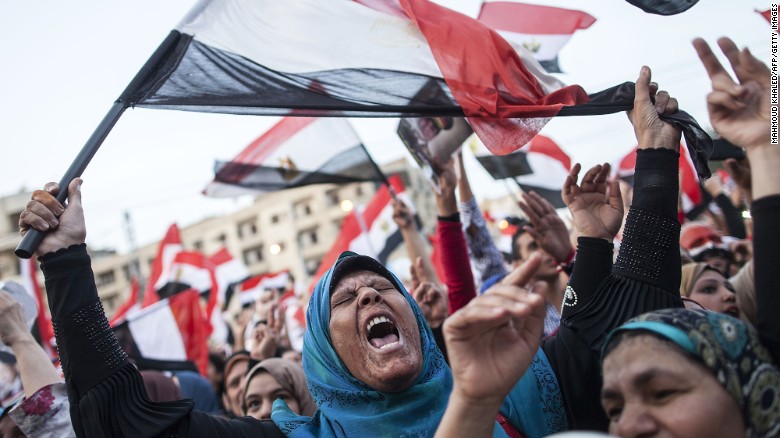 Prior to the Arab Spring and subsequent government transitions, Egypt was quickly rising through the ranks of developing countries primed for Foreign Direct Investment (FDI). In fact, it received more FDI than most other African and Arab countries.[1] After decades of deliberate work enacting aid-friendly policies and laws, it was perhaps on the brink of reaping the benefits of its labors. However, the economic and governmental instability caused by the protests and Presidential changeovers slowed Egypt’s progress, and the country has only recently begun to regain its footing.

The goal of foreign aid is to assist short- and long-term growth and poverty reduction in developing countries, both through investments that directly impact local populations and from spillover effects of bringing new knowledge and technology.[2] Copious research has been done to verify the impact of aid on host countries, to mostly positive effect. [3] Borensztein et al. (1998) found a positive correlation between Foreign Direct Investment (FDI) and economic growth in host countries, dependent on education level.[4] Lee and Tcha (2004) concluded that the inflow of FDI is what allowed 16 transitioning economies not to fall into a poverty trap. [5] Gunaydin and Tatoglu (2005) found a positive—and bi-directional—relationship between FDI and economic growth in Turkey. [6] Several studies (Romer, 1986 and 1990; Grossman and Helpman, 1991; Lucas, 1998; Barro and Sala-i-Martin, 1997; Barro, 1990) have pointed out the significance of the spillover effect of knowledge from the developed to the developing country. [7]

Nonetheless, effectiveness of aid can vary depending on several factors. Volatility in levels of aid can have a negative impact, particularly if they influence how competitive exports from the host country are. [8] Additionally, after a certain point, countries see diminishing returns on foreign aid. [9] Other studies have shown that aid has a better impact on countries which already have strong economic policies in place, and that is further improved if the country has good governance and political stability. [10] Perhaps related to the latter point, not all developing countries are equally attractive to foreign investment. Because FDI is generally relatively risk-averse, when deciding where to invest, aid providers look at several specific attributes—including infrastructure, market size, openness, human capital, exchange rate, efficient financial sectors, government debit, growth rates, good governance, institutional quality, democracy, and political stability—for development projects. [11] Since stable governments were more likely to be effective in increasing productivity and driving initiatives forward, they ended up looking more attractive to investors. [12]

Over the past 50 years, as it has moved from a sociality system to a market economy, Egypt has worked hard to make itself appealing to foreign investors[13]. In 1974, following the October War, Egypt officially adopted an open door policy, creating momentum for the country to enact laws aimed at making itself more attractive to foreign investment.[14] In the 1970s and 1980s, Egypt continued to build on these laws, hoping to increase exports, for instance. [15] Early in the 1990s, Egypt created the Economic Reform and Structural Adjustment Programs (ERSAP), a plan for macroeconomic stability that recognized the importance of continued support from FDI and worked to make it easier for foreign entities to invest. [16] The plan was considered largely successful.[17] As recently as 2004, the government continued along its goal to make Egypt attractive for foreign investment; a new Ministry of Investment was set up, and the General Authority for Investment and Free Zones (GAFI) was reworked to make it even simpler for FDIs. [18] The changes to GAFI had a dramatic impact on the ease of establishing a company, and the average amount of time it took to register a new company plummeted from 34 days to a mere 3 days.[19] The following year, tax laws were introduced to encourage foreign investment, and in the World Bank’s 2009 annual report, Doing Business, the World Bank rated Egypt in the top 10 countries for reform for the 2007-2008 year. [20] [21]

Additionally, Egypt performed well on some of the market factors FDI often valued: the market, at 85 million people, was relatively large, and the UNDP data showed that the both the quality of human capital and the percentage of internet users (human development indicators) were rising. [22] Additionally, Egypt was well located, with access to the Suez Canal and natural resources.[23]

As a result, FDI increased dramatically in the decades prior to the Arab Spring. From the US alone, Egypt received large amounts of aid in the 1980s and 1990s, primarily for large-scale infrastructure projects in education, sanitation, and telecommunications (although toward the end of the 1990s, US Congress had scaled back somewhat). The US had a vested interest in maintaining a strong relationship with Egypt for several reasons, including continuing US Navy access to the Suez Canal, upholding the 1979 Israel-Egypt peace treaty, and promoting democracy in the region’s largest Arab country; the US particularly helped with support to the Egyptian military.[24] According to the Central Bank of Egypt (CBE) and GAFI records, annual flow of non-petroleum greenfield[25] FDI increased dramatically between the early 1970s and 2008. [26] In fact, from the 1980s to the 1990s, cumulative real FDI nearly doubled, from $9 billion to $17 billion.[27] Perhaps most noticeable is the leap in FDI flows after the 2004 reforms to taxes and business establishment processes.[28] Between 2003 and 2009, Egypt’s economy grew roughly 6-7 percent; in 2009, real GDP grew 4.7 percent, and in 2010, it grew 5.3 percent. [29]

At the end of 2010 and the start of 2011, the inflow of FDI was high, GDP was relatively high and expected to continue growing, and the impact of Egypt’s economic reforms were becoming visible. [30] After decades of continued investment, it is possible that right around the time of the Arab Spring is when Egypt would expect to see the fruits of its labors.[31]

The event most often cited for sparking the Arab Spring was the self-immolation by a Tunisian fruit vendor in 2010. Growing frustrations with the government caused this event to act as a catalyst for large and widespread protests, which quickly spread.  A month later, Egypt followed suit. Egyptian President Hosni Mubarak, who had been in office since 1981, was unable to subdue the protesters, and ended up leaving office by mid-February of the same year. He was later arrested and prosecuted. For the next year and a half, Egypt’s armed forces took control of the country. An election was held in mid-2012, and Mohamed Morsi was elected president, but the victory was short-lived; a year later, he was ousted in a military coup. A year later, in mid-2014, Abdel Fatah el-Sisi was elected president. He was recently re-elected to a second term, with over 97% of the vote (though with only a 41% voter turnout) (May 2018).[32]

In the summer of 2011, Egypt’s military focused on internal borrowing, and rejected loans from several international financial institutions, including the IMF and the World Bank.[39] Nonetheless, countries around the world pledged support over the next year. The World Bank offered up to $1 billion per year for two years as long as the Egyptian government adhered to set economic reforms, and an additional $2.5 billion for developing projects. [40] The IMF entered negotiations to provide a loan for $4.8 billion. [41] The African Development Bank, Qatar, Turkey, Saudi Arabia, and the EU together pledged billions. [42] The US offered to forgive Egyptian debt of $1 billion. [43] However, many of these loans ultimately failed to materialize because of concerns over Egypt’s struggling political administration. [44]

The US, perhaps based on interests in the region, continued to support Egypt financially. In addition to the reasons cited earlier in the paper, Egypt had other concerns about losing Egypt as an ally. since the start of the War on Terror, the US need an ally in the region, and it focused on maintaining its relationship with Egypt.[45] Additionally, since the military, which was heavily funded by the US, was a driving force behind former President Morsi’s ousting, it is possible the US may have felt some obligation to continue supporting the country.[46]

In any case, within a few months of President Mubarak’s resignation, the Obama Administration redirected $165 million of already-appropriated Economic Support Funds (ESF) to development projects in Egypt; roughly $100 million was earmarked for the economy, and $65 million was dedicated to the political transition. [47] In 2012, Egypt received $1.5 billion in aid from the US; Egypt was the fifth largest recipient of US aid that year. [48] The majority of that money went to maintaining the Egyptian military, in hopes of maintaining order. [49]

FDI inflow in Egypt has picked back up again, but Egypt may not reap the rewards of the FDI inflows for a while. Recovering from a government transition is a long process, and Egypt still has a way to go. Up to this point, the groundwork laid in the early 2000s and the recent switch to a tighter fiscal policy has helped Egypt land on its feet and appeal to foreign investors.[50] Still, several factors in the government still cause concern—a general lack of transparency and a propensity for corruption not least among them.[51] That said, the opportunities are still there: in large infrastructure projects as well as in technology, markets, and reform by privatization, where aid has generally shifted over the past decade.[52] With foreign investments increasing again, assuming political and economic stability, Egypt may finally be able to benefit from the foundation laid decades ago.

[25] “Greenfield” FDI refers to companies built from the ground up in the developing country.

[26] The dip volume in 2009 would have been expected from the global financial crisis. (Rady)