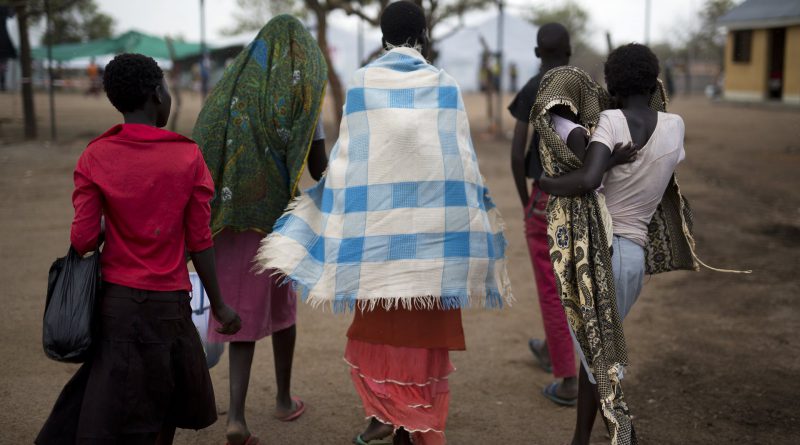 Build a wall to keep them out. Demolish the Calais Jungle. Refugees fuel terrorism. A threat to national security. Build a bigger wall.

These are the world’s solutions to record high levels of human displacement. Sixty-five million people and counting are refugees, internally displaced people, or seeking asylum. Families and individuals are forced to leave behind their homes, their careers, and their loved ones fleeing wars and natural disasters fueled by global warming, religious intolerance, discrimination, and climate change. Their fate is now left to the mercy of international aid organizations, generosity of neighboring countries, and plain old luck.

The world’s most vulnerable people have hardly been received with dignity.

On the contrary, discriminatory rhetoric against refugees and migrants has dominated global media as powerful world leaders frame people fleeing for their lives as “threats” to global security. A culture of fear, reinforced by xenophobic policies, makes seeking asylum in many countries difficult, especially in the wealthiest.

But there is another way.

Amidst the wave of global intolerance for the victims of war, Uganda has maintained a progressive refugee policy. The country considers that integration and acceptance actually enhance, rather than detract from, economic development and national security.

The United Nations High Commissioner for Refugees (UNHCR) praised Uganda’s 2006 Refugee Act as a “model for Africa” and the rest of the world. The act, finally operationalized in 2009, gives refugees in Uganda the right to work and move freely within the country. Perhaps most admirable, it affords refugees the right to live in village-like communities rather than over-crowded camps. This stands in stark contrast to the status quo in most African countries with large populations of refugees. For example, in neighboring Kenya, refugees living in Dadaab – one of the world’s largest refugee camps – cannot legally work and are subject to strict travel limitations in and out of the camp.

When a refugee family arrives in Uganda, they are held temporarily in a collection center, usually for no more than a day, where they await registration and transportation to an established settlement. In the settlement, each refugee family is provided with a plot of land to build their new home on, blending into the existing landscape of grass-thatched huts and dust-covered gardens, overgrown with maize. Settlements provide access to a local borehole to fetch clean water, a school, and a health clinic.

Ugandan host communities also benefit from the new infrastructure established to serve refugees. To mitigate tensions between host community members and refugees and promote local development in some of the country’s most impoverished areas, Uganda’s unique policy stipulates that at least 30 percent of resources provided by humanitarian actors must go to host communities.

Recently, Uganda’s open-door policy has been put to the test. In July, violence reignited in South Sudan, Uganda’s northern neighbor when clashes broke out between forces loyal to President Salva Kiir and militia groups aligned with opposition leader and former vice president, Riek Machar. Within weeks, the influx of South Sudanese refugees crossing into Uganda skyrocketed from about 200 daily to a high of more than 8,000 arrivals per day, quickly filling up existing settlements to capacity. By September, 2016 South Sudan became one of just four countries with more than 1 million refugees living beyond its borders. Today 3.4 million South Sudanese are displaced from their homes and on February 20th, 2017 the United Nations declared famine in South Sudan with more than 100,000 people on the brink of starvation, exacerbating the outflow of refugees.

But Uganda has remained steadfast in its commitment to welcome all refugees seeking safety. Since July, Uganda has opened three new settlements on the border of South Sudan, hosting more than 100,000 refugees each. Bidibidi settlement alone, located in one of the country’s driest and hottest regions, has received 270,000 of the 700,000 South Sudanese refugees living in Uganda. There is no end in sight as people continue to flood in from one of the world’s largest humanitarian disaster, second only to Syria.

Of course, Uganda’s system is not without challenges. Land is becoming increasingly scarce and the influx of refugees from neighboring countries is on the rise, calling into question the sustainability of the current policy. Despite Uganda’s progressive policy, the enormous scale of the South Sudanese refugee emergency has starved the humanitarian agencies of the necessary resources to adequately meet the humanitarian needs of refugees. And while refugees are permitted to work, jobs in the local economy are already scarce.

It’s not perfect, but Uganda’s model is far better than the status quo in most parts of the world.

Compare Uganda to Australia’s system of onshore and offshore processing, in which refugees and asylum seekers are detained for an average of 450 days – and sometimes upwards of three years – in what have been described as jail-like detention centers. There are currently about 3,200 people waiting to be processed in these centers, the same number of refugees that Uganda receives and relocates on a daily basis.

Or take Canada, considered a leader on the world stage for welcoming 30,000 Syrian refugees with open arms; a noble effort to contribute to the resettlement of 21 million refugees globally. Still, this number seems small for a country with a GDP per capita of $43,000, particularly when compared to the hundreds of thousands of refugees flowing into Uganda, where GDP per capita is just $675. Uganda’s population density is almost 50 times that of Canada, increasing the challenges of integrating refugees.

United Nations Secretary General António Guterres stated his concern that “refugees fleeing conflict and persecution are finding more and more borders closed and increasingly restricted access to the protection they need and are entitled to receive, according to international refugee law.”

Uganda’s progressive refugee policy may not be replicable in all other countries. But its unwavering commitment to protecting the human rights of displaced people should.

Molly Kellogg is a Master in Public Policy candidate at the Harvard Kennedy School concentrating in International and Global Affairs with a specific focus on sexual violence in conflict. She has extensive experience working with communities in conflict and post-conflict environments in South Sudan and Uganda.