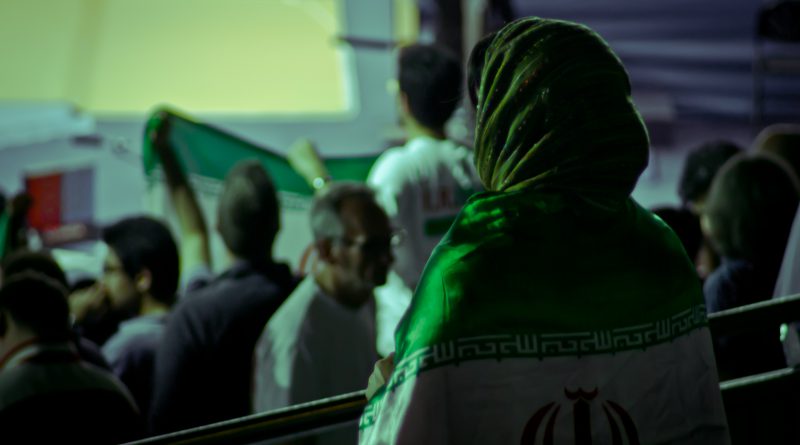 On January 1, 2017, an Iranian official called for the sterilization of sex workers and homeless drug addicts in Iran’s capital city, Tehran. The official, Siavash Shahrivar, the head of the Social and Cultural Affairs Department in Tehran Governorate, introduced this recommendation as a policy that would prevent social harm. Emphasizing that this should not be done forcefully, he stated that these individuals should be “convinced” to undergo sterilization.

The statement made by Shahrivar and other officials in support of sterilization of underprivileged groups emerged as a continuous topic of discussion among human rights advocates and ordinary citizens. They questioned the lack of commitment and policy roadmaps to fundamentally, and sustainably address urban homelessness, drug addiction, and sex work in Tehran.

The timing of Shahrivar’s statement matters; it was made only days after the publication of a newspaper article capturing the life of some of Tehran’s homeless who had taken refuge in empty graves to keep warm and to stay dry in the rain. Photographs that accompanied the article infuriated people and moved them to think deeply about homelessness and drug addiction in Tehran. Ultimately, however, Iranian officials forcefully removed the homeless from these graves.

Shahrivar’s statement may have only been an attempt to acknowledge the growing challenge of poverty, addiction, and sex work in Tehran in light of the article. He provided a rushed and reactive recommendation rather than a well-planned, durable and inclusive solution. Before trying to enforce such a policy, it is critical that Tehran takes into consideration the human rights context and debates surrounding coercive sterilization.

Many rely on sterilization as a contraceptive method, but all too often it is forced upon an individual. Sterilization is considered coerced if done without the informed consent of the individual. “Convincing” female homeless drug addicts and sex workers is considered involuntary sterilization, and runs the risk of being in direct violation of human rights.

Forced and coerced sterilization has a long and dark history around the world. Historically, it has been used to advance states’ eugenics agendas. Marginalized and at-risk populations including people living with HIV, persons with disabilities, indigenous peoples, ethnic minorities, transgender and intersex persons, and persons with substance dependence have often been the usual targets and victims of this practice. Girls and women, in particular, have been disproportionally impacted by this phenomenon.

In late 19th Century and early 20th Century, countries such as Germany, Japan, and the United States implemented discriminatory policies against several marginalized and underprivileged groups by permanently taking away the right to reproduction. According to some sources, in the U.S. alone, by the time this law was revoked in 1920, it had affected about sixty-five thousand individuals. Coercive sterilization was also used in other countries in Asia, Europe, and Latin America as an instrument of population control between the 1960s and 1990s. The rights of the individual were entirely dismissed.

Finally, in 1998 in the Rome Statute of the International Criminal Court coerced sterilization was listed next to other grotesque acts such as rape, forced pregnancy, and forced prostitution as a “crime against humanity”. Today, various international, regional and national human rights bodies consider sterilization without full, free, and informed consent “a violation of fundamental human rights,” namely the right to health, information, privacy, and the ability to live free from discrimination. A report by the United Nation’s Special Rapporteur on torture (2013) calls forced sterilization “an act of violence, a form of social control, and a violation of the right to be free from torture and other cruel, inhuman, or degrading treatment or punishment”.

In the past, countries that have practiced coercive sterilization have always found excuses for their policies and actions. In the Iranian case, the proponents of sterilization speak of the many challenges that innocent new-borns of the homeless, drug addicts, or sex workers face upon birth, especially since there has been a worrying rise of these populations. Still, these issues are only exacerbated when underserved individuals sell their babies in desperation. While critical social harms must be tackled systematically, they cannot be used as an excuse to endorse yet another form of hardship.

Before considering such a radical policy, Tehran should step up its efforts to improve gender equality and children’s rights. Iranian officials should provide more social, legal, education and health services to underprivileged groups and invest more in social harm prevention programs.

Iran should reconsider its recent population growth agenda that outlawed the country’s progressive family planning policy and banned most contraceptives. Calling family planning an “imitation of western lifestyle,” Ayatollah Ali Khamenei has asked that the population double in size.

Ultimately, the current debates about sterilization, especially regarding underserved populations, seems like an intentional divergence from actually searching for appropriate and comprehensive solutions to social issues. It is an endorsement of Iran’s negligence, and its discrimination against marginalized populations, and it will only add to the country’s list of human rights violations.