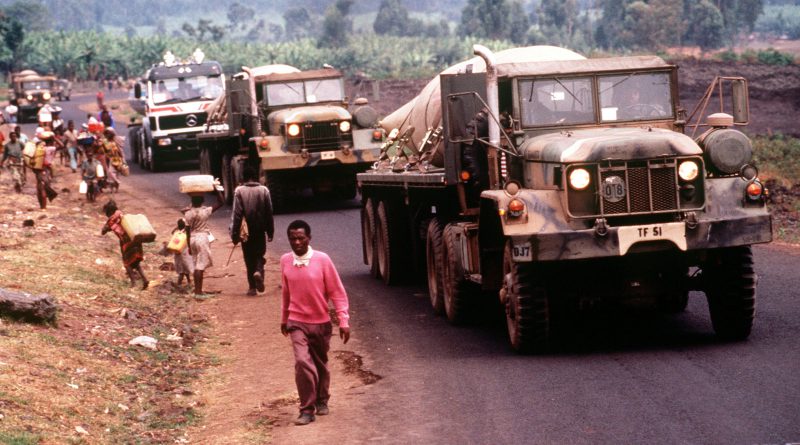 The atrocities in Rwanda, we are often told, were an ethnic conflict: a genocide that not only fell along racial lines, but one fueled by intractable differences separating two distinct peoples.

Indeed, much coverage from 1994 onward implied a degree of inevitability to the world’s fastest genocide. After all, “ethnic tensions [had] existed in Rwanda for centuries.”

Similarly, analysts tend to view the Bosnian conflicts as fueled by inter-ethnic hatred. This narrative eventually shaped and defined the Dayton Peace Accords – the settlement which, after years of failed attempts, brought an end to armed hostilities.

Through a complex system of power-sharing and ethnic vetoes, Bosnian politics remains locked in ethnic struggle since the resolution of the violent conflict in 1995. More recently, chaos and suffering in the Middle East must refract through the lens of centuries-old religious divides.

Using such absolute terms to describe other peoples’ conflicts is untruthful. It belies possible discrimination and negatively affects the quality of post-conflict political settlement. And, strikingly, ethnic conflicts only ever seem to happen to other people.

In America, the history of westward expansion and the decimation of First Nations peoples is in many ways ripe for description as an ethnic conflict. Laced with racist rhetoric, government pronouncements encouraged individuals, corporations and the military to destroy all non-white inhabitants of everything deemed “wilderness.”

However, common understanding of these conflicts would make that reading seem too simplistic. Rather, most scholars would point to a variety of economic and social factors abetted by racism that drove the extermination of a people. An interaction of drivers led to westward expansion and the choice to resort to violence. In short, the frontiersman of old may have been a racist, but he was one driven by a profit motive; not merely by inter-ethnic rage.

European history also has its fair share of potential race wars. Hitler’s manufactured anthropological mythology, and quest for ethnic purity and geographical homogeneity, bears all the trappings of a war that would be described as “ethnic” if it had happened elsewhere.

Yet here too, historians and laymen alike prefer to identify social and economic vulnerability coupled with charismatic evil as the principal drivers of the Second World War. No serious historian, contemporary journalist, or even primary school teacher would dare describe the war as one of intractable ethnic difference.

This is because wars are never truly ethnic, driven by impulsive and naturally inherited anger. Even where conflicts fall along perceived ethnic lines, the issue at stake is rarely ethnicity itself. Rather, it is constituencies’ struggle for power and control.

Contemporary scholarship recognizes this complexity. In his statistical analysis of the drivers of the Rwandan genocide, Scott Strauss noted that very few perpetrators harbored any particular ethnic animosity. Instead fear, power, and instability played a central role for individual génocidaires.

But beyond the uncomfortable question of why we only ever use such reductive concepts for other people’s conflicts, this tendency carries an additional harm. For as long as mediators and constitution authors continue to believe this myth, obsessions over ethnic power–balancing will continue to permeate political settlements.

Indeed, these settlements often look more like ethnic conflict than the conflict that preceded them: with clear definitions and demarcation, ethnicity becomes the defining feature for the wielding of political power and access to services.

Peace talks by their very nature require concessions to people with whom you do not agree, but giving too much weight to ethnicity enshrines division and places focus on racial issues over pre-conflict levels. The correct mix is difficult. There are, for example, concerns over whether Bosnian Serbs would have ever agreed to discussion without explicit protections for Republika Srpska.

Nonetheless, we are not powerless to change our analysis and contribution as mediators, facilitators, and peacebuilders. Rwanda’s total rejection of ethnicity as a category, while not perfect, must surely be preferable to Bosnia’s intricate web of consociationalism.

Indeed, Rwanda’s post-conflict settlement was marked not only in its repudiation of ethnic epithets but also in the lack of involvement from international actors. Rwandan peacemakers came to a simple conclusion: in their conflict, ethnicity wasn’t to blame. Individuals were.

Maybe, then, we should view groups’ claims to ethnic interest with more skepticism and be less willing to apply the label ourselves. We rejected Nazism’s claims to ethnic division for good reason, because we knew they didn’t reflect the world we lived in. We should stop pretending other people are any different.