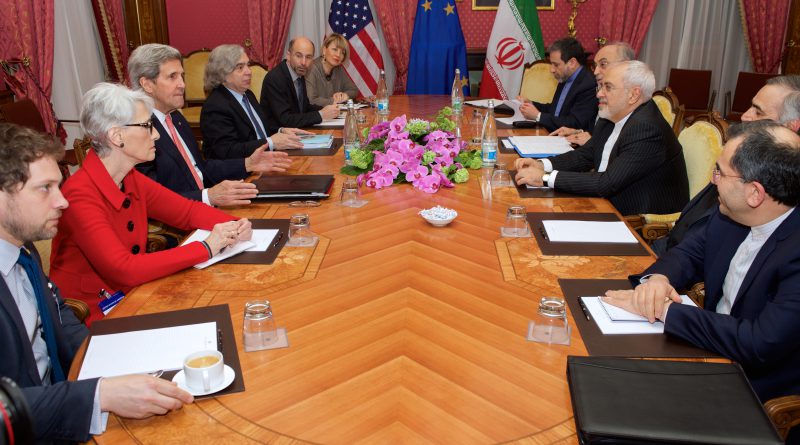 Iran sealed a nuclear deal with the United States and other world powers (P5+1) in July 2015. Many human rights defenders who followed the negotiations believed that a less isolated Iran would have more incentives to respect human rights. Others feared that Iran would now get away with human rights violations more than ever as western governments and businesses might be incentivized to maintain the status quo. Now that Iran has re-entered the global economy after years of crippling international sanctions, the Islamic Republic’s human rights violations remain as disconcerting as ever.

As we near the end of 2016, Iran’s worrying human rights records reveal a bleak image that resembles the state of affairs prior to the nuclear deal. Despite international appeals, between 966 to 1,054 executions reportedly took place in 2015, the highest number in over 20 years, the majority of which continued to be related to drug crimes. The state, in particular, uses secret executions and public hangings to instil fear among ethnic groups, and to limit cultural or political acts that it often labels as threats to national security. Even though the latest report by the UN Special Rapporteur on the Situation of Human Rights in Iran notes that several theoretically encouraging developments have taken place since 2011 – such as the publication of draft charter of citizen’s rights issues – concerns over human rights violations remain. According to the report, “most of these developments have not (…) yielded tangible or sufficient improvements in the country’s human rights situation (…)”.

According to Amnesty International in 2015-2016, “The authorities severely curtailed the rights to freedom of expression, association and assembly, arresting and imprisoning journalists, human rights defenders, trade unionists and others who voiced dissent.” Most of these charges were based on vague and overly broad charges. Amnesty also notes that the use of torture and other inhumane tactics remain prevalent in Iranian detention centers and prisons. Similarly, the right to due process and fair trials is inconsistently granted. A significant number of political and minority detainees accused of national security, capital and press crimes are deprived of this right. As it stands, Iran continues to undermine and violate the rule of law, freedom of expression, and human rights broadly.

Contrary to popular belief, the Joint Comprehensive Plan of Action (JCPOA), otherwise known as the Iran deal, has not ended western powers’ efforts to pressure Iran to reform its human rights policy. JCOPA was signed between the P5+1 (China, France, Germany, Russia, the United Kingdom, the United States and European Union) and Iran on July 14, 2015 to ensure that Iran’s nuclear program will be exclusively peaceful. In this context, Thomas A. Shannon, JR, the Under Secretary for Political Affairs, assured the public that human rights remains one of the three priorities for Iran, stating, “We use a variety of tools to raise awareness of these human rights violations and abuses and to hold their perpetrators accountable. This policy has not changed as a result of the JCPOA).  Meanwhile, the European Union continues to discuss human rights in its ongoing negotiations with Iran.

On November 9, 2016 when Iran and the European Union came together in Brussels to discuss human rights, the E.U. expressed its opposition to the Islamic Republic’s use of the death penalty, especially in regards to drug trafficking-related crimes. Earlier this year in October 2016, Mohammad Javad Larijani, Iran’s Human Rights Council chief stated that the Islamic Republic’s judiciary may reconsider capital punishment when it comes to drug smugglers, but will maintain such punitive measures for drug lords. Meanwhile, Iran’s Deputy Foreign Minister, Majid Takht Ravanchi, stated the Islamic Republic would not compromise on issues such as capital punishment and Qesas (eye-for-an-eye) that are in the Penal Code and are based on the Quran’s instructions. Ravanchi noted that there may be other challenges worthy of discussion, emphasizing that mutual human rights negotiations with the E.U. can take up to four years.

The socio-economic progress that may come as Iran re-enters the global market does not replace the need for multilateral instruments that uphold high standards of human rights in Iran. While these efforts must not violate Iran’s sovereignty, they must ensure the country meets strict timelines and tangible targets. Otherwise, Iran will mask its inaction towards human rights violations behind amicable conversations with the West, and it will not uphold any of its promises. If human rights conversations take long enough, the Islamic Republic will buy time to seal key business deals with western companies, and in the process, diminish the West’s ability to negotiate.