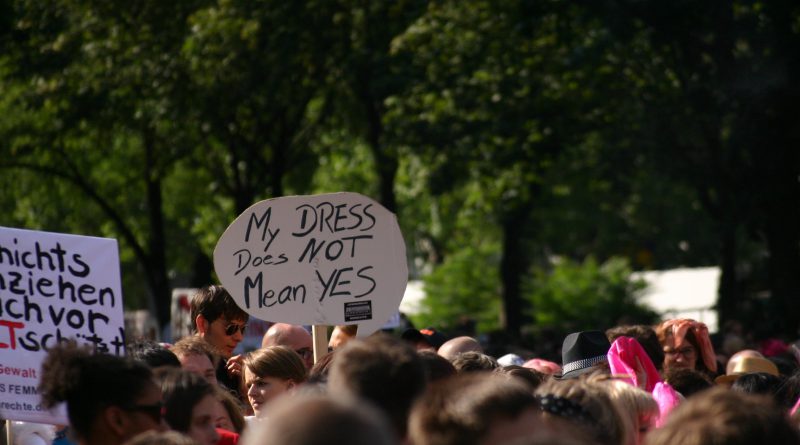 In 2010-2011, the Arab Spring witnessed a burgeoning female presence in an unprecedented manner. In Morocco, women cyber activists arose at the height of the 2011 protests; their voices continue to reverberate today. Virtual spaces facilitated the growth of these new movements and networks of activism. While much has been written about the general role and impact of social media in disseminating news of the revolt throughout the region, few articles have analyzed the impact of new networks of digital activism through a gendered perspective.

One of the critical digital undertakings at the time was the Moroccan 20th of February movement. This was an urban, student-led movement that began in the Facebook group “Freedom and Democracy Now.” It was created in response to the protests occurring in Egypt and Tunisia. Members of this group created a video calling for their fellow Moroccans to protest government corruption on February 20th, 2011. The video circulated online and gathered hundreds of thousands of views on YouTube and other web platforms. The organizers relied on social media and digital technologies to disseminate their message, connect their protests to the events occurring throughout the Arab world, and orchestrate protests in Rabat, Casablanca, Marrakech, Tangier, and Fez.

Female cyber activists played a unique role in these protests, acting as citizen-journalists and activists, connecting their protest of the Moroccan government with challenges to the gendered sexual harassment they encounter on the streets. They accomplished this by appearing as equals in the videos the movement disseminated and by participating in equal numbers in the streets. Thus, despite a complex history of gender relations in Morocco that delineate private spaces as female and public spaces as male, women and men participated together in the 20th of February protests and made gender equality a central issue in their protest platform. Furthermore, male activists acted as allies to female activists, deterring the police and bystanders from subjecting them to gendered violence both in the protests and online.

Woman Choufouch, or SlutWalk Morocco, grew from the reverberations of female activism during the 20th of February movement. Its aim was to highlight persistent sexual harassment and gender violence in Morocco by organizing online and offline demonstrations of Moroccan women. These protestors walked the streets of Morocco in a variety of attire, some wearing the modern, fashionable Islamic dress of the hijab and the abaya, some adorned in the traditional Moroccan jellaba, and some in more revealing, western attire. The purpose of this walk was to illustrate that street harassment, regardless of what women wear, is never appropriate and should be challenged.

The founder of Woman Choufouch, Majdouline, located the inspiration of this group in the open dialogue facilitated by the February 20th movement. Employing many of the same tactics as the February 20th organizers, Moroccan female activists live-blogged, tweeted, and filmed their protests. They established a circular flow of information that connected online gender activism to their protests against sexual harassment on the streets. They drew from the activist networks established by the 20th of February movement to connect with fellow female and male protestors, reach out to international journalists, document their experiences, demand gender equality, and mobilize against gender violence.

The long-lasting impact of these activists and the networks they established is evidenced by the continued focus on gender rights and equality in Morocco. Woman Choufouch continues to serve as a forum for Moroccan women to gather online. It has engendered a renewed focus on sexual harassment from various actors and organizations, including the government. Importantly, in the spring of 2016, the Moroccan Minister of Solidarity Women, Family, and Social Development proposed an anti-sexual harassment law. The new bill legally redefines spaces where women can claim to be sexually harassed, including public arenas like the on the street or in public parks, and in the home. It also details the more accessible avenues for prosecuting perpetrators of sexual harassment.

The Moroccan female cyber-activists who participated in the February 20th movement emboldened such networks of activism, which continue to facilitate change today. While their online mobilization was important, their transition to street protests and other offline activism in the February 20th movement and Women Choufouch created a greater audience and reiterated the need for change to the government. Thus, as recent transnational and national protest movements such as the 2010-2011 Arab revolutions, Black Lives Matter, Occupy Wall Street and others demonstrate, online mobilizing is imperative to disseminating information and organizing individuals; the real impact, however, still comes from the transition to offline activism. Without large-scale protests, the 20th of February movement and Women Choufouch would have remained a vocal but small group of youth activists advocating for change within their own liberal circles. Their protests offline drew wider support for their movement and attracted the attention of the government and king, resulting in real, concrete change to the Moroccan constitution and policies governing gender equality in the country.