Home > Blog Posts > Demolition is Not the Answer 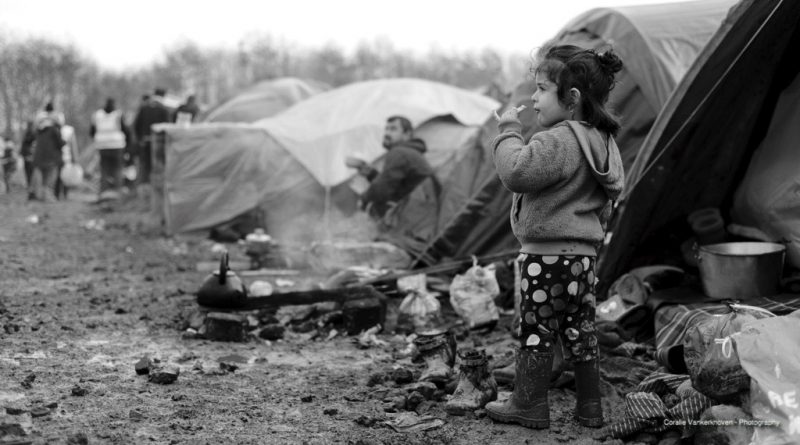 Refugees in France are left stranded when Calais camp is destroyed

The French government’s policy to remove informal settlements of migrants and refugees without providing alternative housing for residents puts vulnerable people into dangerous positions. The French government needs to deliver viable housing alternatives for residents of camps if they want to continue the policy of demolishing settlements they deem illegal.

According to the French department responsible for housing, the Délégation interministérielle à l’hébergement et à l’accès au logement (DIHAL), in April 2016 there were 17,510 people living in 569 informal settlements across France. This number is likely an underestimate, since a comprehensive census of camp residents is difficult to achieve. Settlements are usually on the outskirts of big cities like Paris and Marseille, which provide residents with an opportunity to make enough money to survive.

In July 2016, there were about 7,000 people living in the “Jungle” of Calais alone. The Jungle was an encampment of refugees mainly from Africa and Afghanistan situated in the port of Calais on the English Channel. Refugees sought to use the camp as a temporary stopping point on the way to Britain, but most stayed in the camp much longer due to difficulties entering Britain. The French government dismantled the Jungle, beginning this October.

On the first day of the demolition of the camp, international headlines depicted optimistic views from refugees leaving the camps, calling the French relocation plan “complicated” and “fine-tuned.” The French planned to move the migrants elsewhere in the country, to public housing in shelters and centers. But such a sense of optimism sounded suspicious to me, as aid groups warned that dismantling the camp would cut off access to food, clothing, medical care, and other basic services for its residents.

I have seen this French policy of removing informal encampments in action. In the summer of 2016, I worked with a French non-profit organization in Paris whose mission was to integrate the migrant residents of informal settlements into French society. That means helping them access health care, find employment opportunities, and eventually exit the settlement. I mainly worked to assist Roma people – economic migrants from Romania who have come to France in the last ten years and face intense stigmatization both in Romania and in France.

Usually, when they destroy a Roma camp, the French authorities offer three days of shelter for the most “vulnerable,” including pregnant women, children, the sick and the elderly. But after three days, the camp’s entire population is left on the streets. The former camp residents then typically join another existing camp or start a new camp in a different city, which will likely survive a few months before it too gets destroyed.

Aid groups have reported that about 3,000 migrants of the 6,000 turned out from the Calais camp have ended up in Paris, sleeping on sidewalks since the demolition began. What happened to the “complicated,” “fine-tuned plan” the French government claimed to have?

France has a responsibility to provide basic services to both refugees and economic migrants within its borders. Housing is most certainly a human rights issue. Article 25 of the Universal Declaration of Human Rights identifies a right to a standard of living, including “food, clothing, housing, and medical care.”

The main debate, of course, is over whose responsibility it is to provide these services. The standard justification for the policy of “evacuating” (destroying) any “illegal” (informal) encampments, which I heard over and over this summer, was that the Napoleonic Code was based on the right to property. Roma migrants, and by extension, the refugees in Calais, did not own the property. In the eyes of the French government, they had no right to live there and had to be removed from the vicinity.

Simply getting rid of a camp, however, without resources to fill the gap does not ensure an acceptable standard of living for the camp’s residents. The French need to offer concrete, feasible housing options for the residents of camps they demolish. If they are going to continue to pursue this policy of “evacuation,” essentially destruction of encampments, whether applied to Roma camps or refugee camps such as the Calais Jungle, they need to house the residents who currently end up on the streets as a result of the policy.