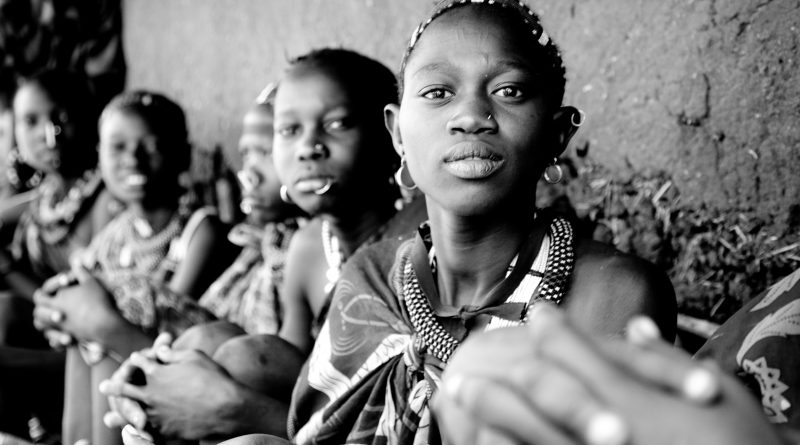 On July 11, at least five foreign aid workers were brutally gang raped when South Sudanese soldiers invaded the Terrain hotel complex in Juba, the country’s capital. The episode shook the humanitarian world. Never before had a group of aid workers been the target of a well-orchestrated attack, specifically singling out Americans, by what appeared to be government forces.

The attack would finally demand real action from the United States government, South Sudan’s largest donor, to address the unprecedented level of sexual violence in the young country’s ongoing conflict.

Or so you would think.

Instead, for weeks there was no response at all. When news of the attack finally hit international headlines more than a month later, Samantha Power, U.S. Ambassador to the United Nations, quickly followed with a statement of outrage, declaring that “the Government of South Sudan has routinely allowed impunity for murder and sexual violence,” a pattern that “must end.” Power’s delayed, yet accurate sentiment has failed to translate into concrete U.S. action.

For South Sudanese, this story is all too familiar: targeted rape followed by a muted international response. While the U.S. has invested billions in South Sudan, it has repeatedly failed to demand accountability for systematic rape.

Since the outbreak of violence in 2013, the use of rape has been a damning feature of South Sudan’s bitter war between government forces loyal to President Salva Kiir and opposition groups aligned with Kiir’s archrival and former deputy, Riek Machar. Between April and September 2015, more than 1,300 cases of rape were reported in “just one of South Sudan’s ten states.”

In 2014, the African Union Commission of Inquiry on South Sudan (AUCISS) was tasked with investigating crimes carried out by the opposing parties since the start of conflict. The report confirmed previous allegations that men in uniform on both sides were indeed using rape deliberately and systematically. Reports indicate that in some cases, government soldiers were permitted to rape women in lieu of wages and opposition forces incited ethnically targeted rape through radio broadcasts.

But the African Union delayed the release of the report by a full year, worried that evidence of rape and other human rights violations could disrupt ongoing peace negotiations between the two men responsible for the country’s demise. Apparently a government run by warlords was better than the prospect of no government at all.

If anyone had the power to demand the report be released, the United States did. The U.S. has spent more than $1.9 billion on support to South Sudan since 2013, earning itself considerable influence at the negotiating table. In 2015, the U.S. played a critical role in forcing Kiir and Machar to sign a peace agreement hoping to save the country from complete collapse. War crimes would be dealt with later through the establishment of a hybrid court system, a commitment built into the peace agreement. For the U.S., the prospect of immediate stability took precedent over advancing accountability, even if it meant brushing aside evidence that the men being put back into power were criminals themselves.

The forced agreement didn’t last long. On July 8, 2016, the world’s youngest country spiraled back into conflict when violent clashes broke out between warring parties in Juba. Within days hundreds of people were killed and thousands were displaced from their homes.

Between July 8 and July 27, the U.N. documented more than 200 cases of sexual violence in South Sudan, most of which were cases of rape perpetrated by government soldiers targeting Nuer women and girls, the ethnic group associated with the opposition. Some women were attacked while out collecting firewood, only meters from U.N. bases.

Secretary of State John Kerry declared these crimes of rape as “unacceptable” in an interview with Eye Radio, continuing that “it is very, very important that people understand that people are going to be held accountable, and that accountability is a part of the implementation of the peace process.”

Secretary Kerry stopped short of defining exactly which “people” he was referring to. After all, the situation is complicated because the “people” who need to be held accountable are the very “people” the U.S. government was so eager keep in power only a year earlier. Kerry’s fighting words, including threats of economic sanctions if South Sudan’s leaders fail to take action, were followed by a commitment of an additional $133 million in humanitarian aid and no sign of sanctions.

No country wants to see South Sudan succeed more than the United States. But its disturbing tolerance for sexual violence has sent a message of indifference to South Sudanese citizens who are counting on the international community to help them advance justice in their country.

If the U.S. is going to take an active role in supporting the existing government in South Sudan, it must take a stronger stance against impunity for crimes of sexual violence.

One thought on “The Rape of South Sudan”