Home > Blog Posts > How Colorblindness Closed Our Eyes to Racism 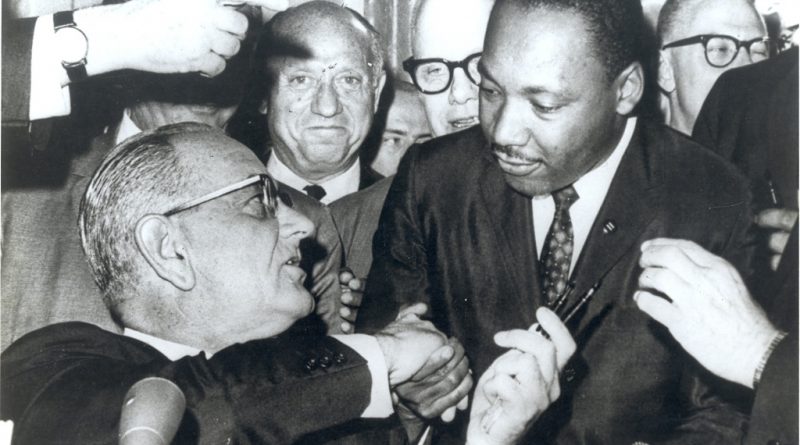 The phrase “times have changed,” has become commonly used in conversations concerning race in America. It’s employed by both those who endorse the status quo, and by those who helped to usher in progress.

As a student of history, my tendency is to concede that times have obviously changed for the better. But, as a millennial with a fair amount of knowledge concerning racial injustice and the discomfort that often emerges when discussing matters of race with those who believe that America has “arrived” on a plateau of social equality, I must also conclude that we still have work to do.

How do we proceed in ways that allow eyes that have been closed to these issues for decades, to see the darkness that still hovers over large segments of the population, and truthfully, all of us?

While growing up in the Carolinas, many of my teachers, friends and neighbors proudly proclaimed that they no longer saw race. They were colorblind. This is the well-intentioned phrase that shields individuals from being considered racist, and separates present generations from the generations that endorsed Jim Crow, slavery, and the idea that the leadership of America is best kept in the hands of affluent white men.

Colorblindness was supposed to be the sign of an America in which racism doesn’t exist, and as a teenager, I actually bought into it. As I visited my state capitol in Columbia, South Carolina on field trips, I remember being in awe of the beautiful physical structures, but I also remember seeing the Confederate flag flying high, and I began to sense that something was off. In my senior year of high school, I was excited about the election of Senator Barack Obama who was to serve as the 44th President of the United States, but as I began to see racist remarks made about him and his family, I knew something was off.

When I entered college at Morehouse, I gained a greater appreciation for the history and contributions of African-Americans, while also becoming more aware of contemporary racial inequities in American politics, culture, and society. It was at Morehouse where I first learned of the tragic case of Troy Davis and the persistence of the American institution of slavery through privatized prisons. Through the death of Trayvon Martin, who was just a few years younger than I was at the time, I realized that racism was a grave threat to my own mortality, even in the twenty-first century. A lot was off. The idea of an America in which race didn’t exist had revealed itself to be quite harmful.

I came to realize that colorblindness was actually an unfortunate phenomenon of eyes being sealed shut to the reality of racism. Rather than creating a utopian society in which all life is viewed as equally important, we created a culture in which we simply didn’t acknowledge the injustices that plagued minorities. America had lost its ability to see racism in its evolved, mature, and insidious modern-day form.

What colorblindness has delivered is a series of blind spots that have rendered the stories of Trayvon Martin, Eric Gardner, Michael Brown, Rekia Boyd, Sandra Bland, and so many others the subject of invisible myth to be ignored, rather than blatantly visible truths to be troubled by, investigated, and changed.

Why are so many people so reluctant to open their eyes to these injustices? And what can we do to open our eyes together?

The Civil Rights Movement forced America to open its eyes to the evils of racism, but after hearing Dr. King’s beautiful dream we began to voluntarily close our eyes again.

So, what’s keeping some of our eyes closed? Maybe it’s the idea that a African-American president and a host of minority millionaires, athletes, and power-brokers are representatives of Dr. King’s “promised land,” or the fear that anymore change would pull us away from a time when “America was great,” as articulated by our President-elect, or perhaps it’s this notion that times have changed for the better.

So, what do we do? We do what Colin Kaepernick has done or what Muhammad Ali did, we force people to see these injustices in the places where their eyes are already opened. Sports, entertainment, social media, and in our everyday lives at work and school. We try to serve as living examples of the unconditionally loving human beings of the new world that we seek. We continue to challenge the status quo through protests, writing, and deed. We always search for higher ground. We never seek to revisit any time period in which some lives were deemed less valuable. And we avoid silence at all costs, for the very train of social progress runs on the tracks of human dialogue.

Let us walk boldly towards the future with renewed vision of the beauty we find in our differences and a focused gaze towards our collective ideals and hopes. This is a nation that has forged its way forward through a critical look at our dark moments and an honest examination of existing obstacles to our shared freedom. Future generations depend on us seeing the world in the same high definition color that has been a key marker of the technological genius of our time, rather than through the colorless screens of the days in which racism reigned without challenge and justice remained hidden beneath the dirt of ignorance.

We are America! We see each other, we stand united, and we forever march towards a tomorrow that looks like the dreams of a King and the prayers of the enslaved.