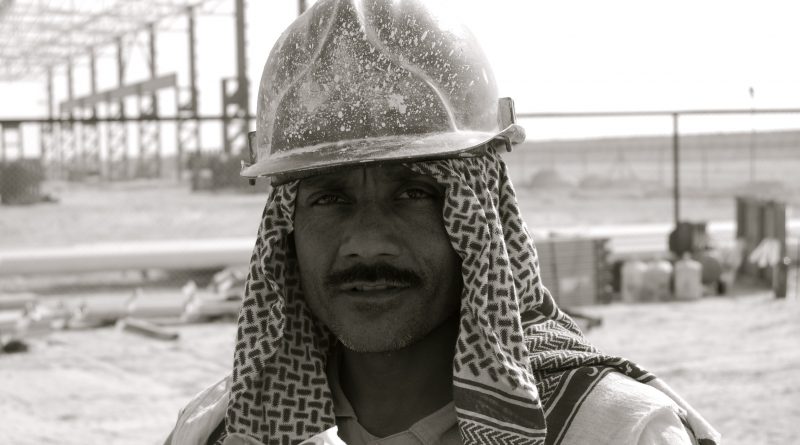 Can an international sports organization be held accountable for human rights violations that occur as a result of its events? In October, the Netherlands Trade Union Confederation (FNV) raised this question when it filed a lawsuit against Fédération Internationale de Football Association (FIFA), the international soccer federation, in a Swiss court. The case seeks to hold FIFA accountable for the abuse of migrant workers in Qatar, which will host the 2022 World Cup.

According to human rights advocates, some 1.7 million migrant workers in Qatar—over 90% of the country’s work force—are trapped in exploitative working conditions that amount to forced labor. They come from countries such as India, Nepal and the Philippines to build the stadiums, hotels, and infrastructure called for by Qatar’s economic development plan, the centerpiece of which is the World Cup. They work excessively long hours in 120-degree heat, and live in filthy, overcrowded housing.

At the root of the problem is Qatar’s kafala sponsorship system, which gives employers almost unlimited power over the lives of migrant workers, who can’t change or quit jobs or even leave the country without the employer’s permission. Although it is illegal, employers confiscate their workers’ passports—a key indicator of forced labor, according to the International Labor Organization (ILO). It is practically impossible for workers to complain or seek legal remedies when employers don’t pay wages, violate labor laws, or commit other abuses.

When FIFA awarded the bid for the World Cup to Qatar, it sparked an outcry from human rights groups such as Human Rights Watch and Amnesty International. But the decision also created a unique opportunity to pressure both FIFA and Qatar to respect human rights.

In response, Qatar’s government promised to implement reforms to the kafala system by the end of the year, although human rights groups say those reforms are not enough.

FIFA, meanwhile, adopted new statutes in which it pledged to respect human rights. It followed up by commissioning an independent report from Professor John Ruggie at the Kennedy School on how it can apply the UN Guiding Principles on Business and Human Rights to its policies and global operations.

The report found that FIFA “can be linked to human rights risks and abuses through [its] networks of contracts and subcontracts for the delivery of projects.” Among other things, it recommended that FIFA integrate human rights standards and expectations in the bidding process for tournaments and use its influence throughout a tournament cycle to address and minimize the risk of human rights abuses. Importantly, Ruggie’s report emphasizes the critical responsibility played by non-state actors within the state-based human rights framework: “The prevailing social expectations of organizations with a footprint as large as FIFA’s, which wield great economic power and exert significant political influence, is that they must become more transparent and more accountable. Nowhere is this more pressing than in relation to human rights—which, quite apart from hard and soft law standards, have become the vernacular spoken by people everywhere to affirm and assert their human dignity. The social legitimacy of FIFA and similar organizations, and therefore their business model, hinges on their embracing this new world, and incorporating its rules into their own.”

If FIFA were to adopt these recommendations, it would help protect the human rights of millions of people worldwide who are affected by the organization’s business relationships. It would also set a powerful example for other global sports organizations to follow.

Arguably, FIFA possesses the mechanisms to force host countries to comply with its conditions, including human rights enforcement. The writ of summons alleges that FIFA “has full control over the tournament: it determines which countries can participate in the bidding process, which country is eventually chosen as World Cup host, and under what conditions the country will host the tournament.” In these circumstances of control, FNV alleges that FIFA has violated Swiss, Qatari and international law by failing to protect the following rights of migrant workers: the prohibition against forced labor; the right to freedom of movement; the right to freedom of association; the prohibition against all forms of racism and discrimination; and the right to an effective remedy.

FNV’s lawsuit–brought on behalf of Nadim Sharaful Alam, a Bangladeshi migrant worker—is therefore critical for pushing FIFA to follow through on its commitment to human rights. It calls on FIFA to demand that Qatar end the kafala system, acknowledge the violation of Alam’s human rights and those of thousands of other migrant workers in Qatar, and pay Alam 5,390.53 Swiss francs ($5539) in damages.

While this amount may not be significant, if the lawsuit is successful it could invite hundreds of thousands of other similar claims, exponentially increasing the potential costs for FIFA. The world’s eyes are on FIFA, and it can no longer afford to abdicate responsibility for human rights.

One thought on “FIFA’s Commitment to Human Rights Tested”